Ramadan: Around the Arab World in 30 Days

Hey there Tribe! It’s Producer Aasiyah from AAAZT, back for another article.

This time, we’re gonna press pause on the music (shock, horror – but not for long, I promise!), and focus on our spiritual side. That’s because, Tribe, it’s Ramadan.

We’re now a week in, and I’m sure many of you already know what Ramadan is, so you don’t need me to explain to you that it’s a month-long spiritual detox for Muslims, who fast during daylight hours and focus on worshipping the one above.

But what you might not know is about all of the beautiful traditions that Arabs across the world have come up with, and how they celebrate this blessed month.

So let’s leave the UK (virtually – sorry!) for as long as it takes you to read this article, and travel around the Arab world to explore the beautiful cultures that are a part of it.

For me, Ramadan isn’t complete without the decorations. My favourite specific Ramadan decoration is the fanous, a beautiful lantern that spreads light throughout the houses and the streets during the holy month. The fanous is most commonly associated with Egypt, but its shape has become synonymous with Ramadan across the Arab world.

Across the Arab world, there’s a special cloth called Khayamiyyeh. Made again in Egypt, Khayamiyyeh has a lot of cultural significance, and was originally used as a quilt and to help insulate bedouin tents as curtains. Now, some people put it up in their homes to decorate during Ramadan.

Of course, we all know about Trick or Treating on Halloween, but did you know that across the Gulf, children run around their neighbourhoods in bright clothing collecting sweets and nuts in tote bags? It’s called Haq El Leila and happens every year on the 15th of Sha’ban, the month before Ramadan. In the UAE it’s a super important tradition, and an essential part of Emirati national identity.

In Jordan, everyone looks forward to one specific Ramadan delicacy – Qatayef. It’s delicious – essentially it’s a thick pancake that’s soaked in syrup or filled with cream or dates and then eaten open or sealed up and fried. But you won’t find this in Jordan at any other time of the year other than Ramadan, so you really have to savour it as much as possible and then drool for the rest of the year at the thought of it coming back when Ramadan next rolls around.

In Sudan, there’s a tradition called ‘El Mesaharaty’, which is the name that’s given to the people who walk around and beat drums to wake up sleepers for suhoor, the pre-dawn meal that’s customary for Muslims to eat before they start fasting at dawn.

In Morocco, there’s a similar tradition – a nafar walks around the neighbourhoods, blowing a horn to wake people up for suhoor. They wear traditional Moroccan clothing and are chosen by the townspeople because of their reputation built on their honesty and empathy. And for their services during this month, they are of course officially compensated by the townspeople on the last night of Ramadan.

In loads of countries across the Middle East and North Africa, cannons are fired every day during Ramadan to signal the end of the day’s fast. This is a tradition called midfa’ al iftar (the Ramadan Cannon) and originally started in Egypt, but it spread across the region. Yeah, we have our phones, but hearing a cannon go off at sunset if you can’t hear the athan (the call to prayer) is a nice, nostalgic way of knowing when it’s time to eat.

Ramadan is not Ramadan if I don’t hear that tune on the Arab TV channels. Every Ramadan, Arab TV goes crazy with the number of musalsalaat (TV Series), and all of the huge Arab singers are usually signed up to sing the theme tunes for the shows that draw in millions of viewers across the region – whether that’s Ramez Galal pulling pranks on Arabic celebs, or the hard hitting dramas, or the cartoons (I LOVED Freej). 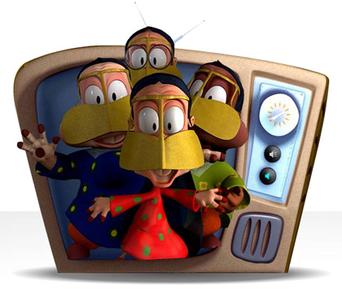 Do you know of any other Ramadan traditions? Let us know on Instagram, Twitter and Facebook, and of course, make sure you don’t miss the show: every Monday, 12-2PM on Tribe Urban Radio.

If Sir Ian Wright can’t get the courts to convict his racial abuser what hope is there for the wider Black Community?

Say it with your chest: Using your voice